For the building's design, Netsch used the same geometric pattern repeatedly, focusing on right-angles resulting in triangular shapes. I decided to add these angles into the wayfinding by using them as directional queues much like an arrow would be used or abstract representations of the building's floor plan.

The wayfinding plan included directories on each floor (explaining what existed in each area of the building as well as academic department details) and large, bold lettering was used for department identifiers (often placed next to that department's directory and/or entrance. Each physical directory was constructed using Max-Metal and cut to the designed shapes, with vinyl lettering laid over the top. Large department lettering was created with vinyl adhesive and applied over paint.

Although the building focuses its attention on a large red soffit that runs through its center, additional color is used frequently throughout the building to dictate which areas belong to which department. All colors are bright and full of energy to contrast Walter's use of concrete and window style (natural light does not easily reach inside the building.) 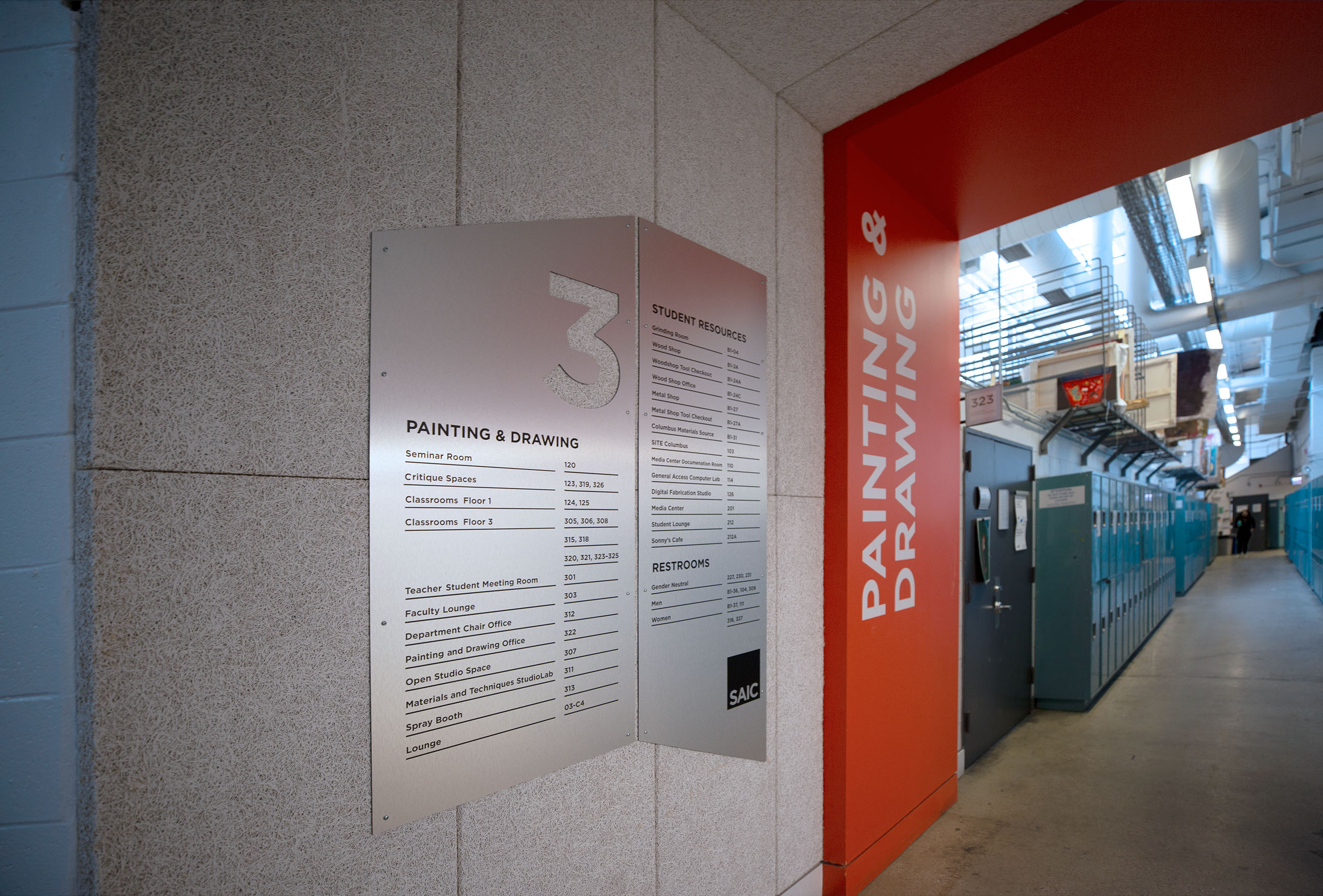 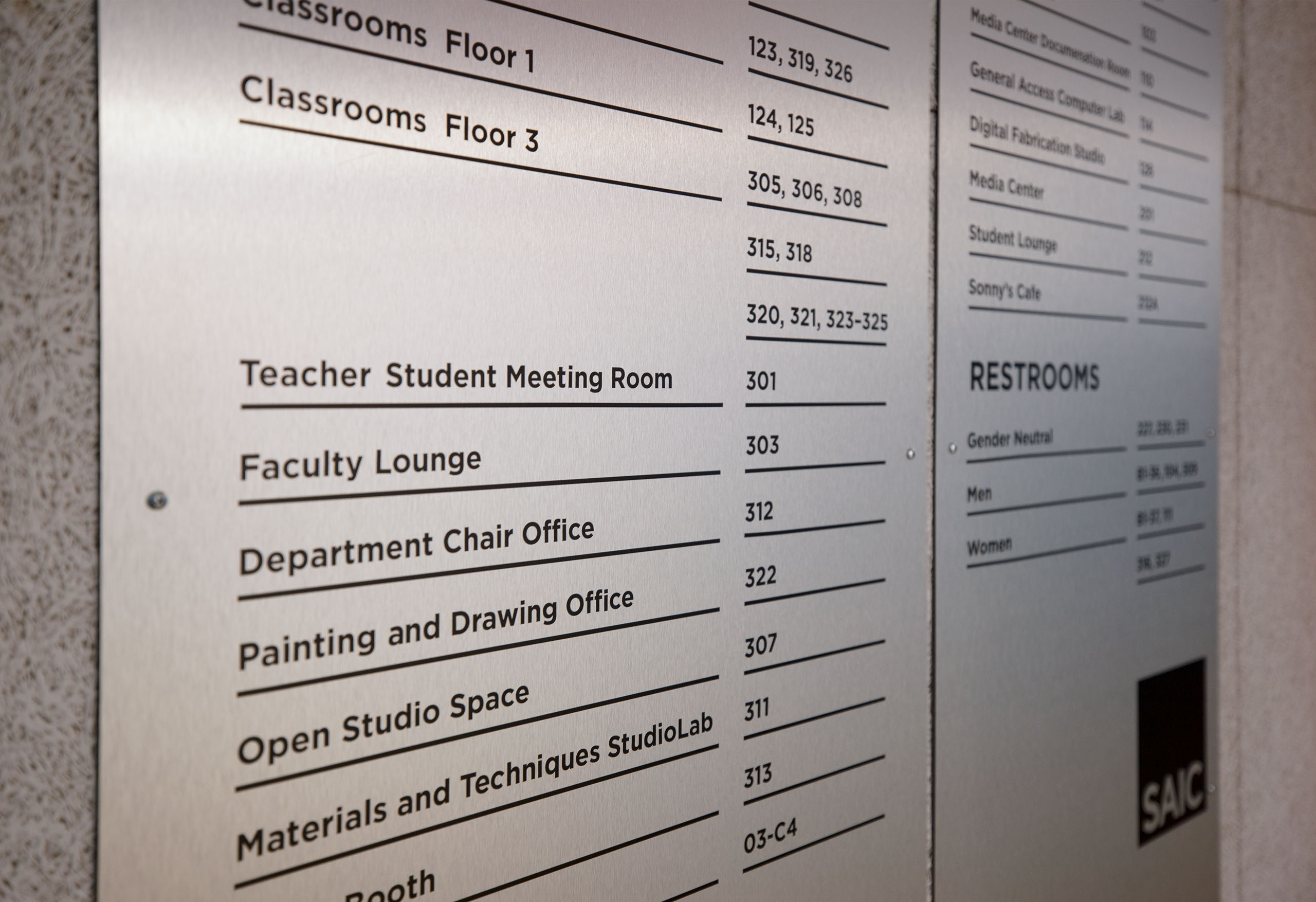 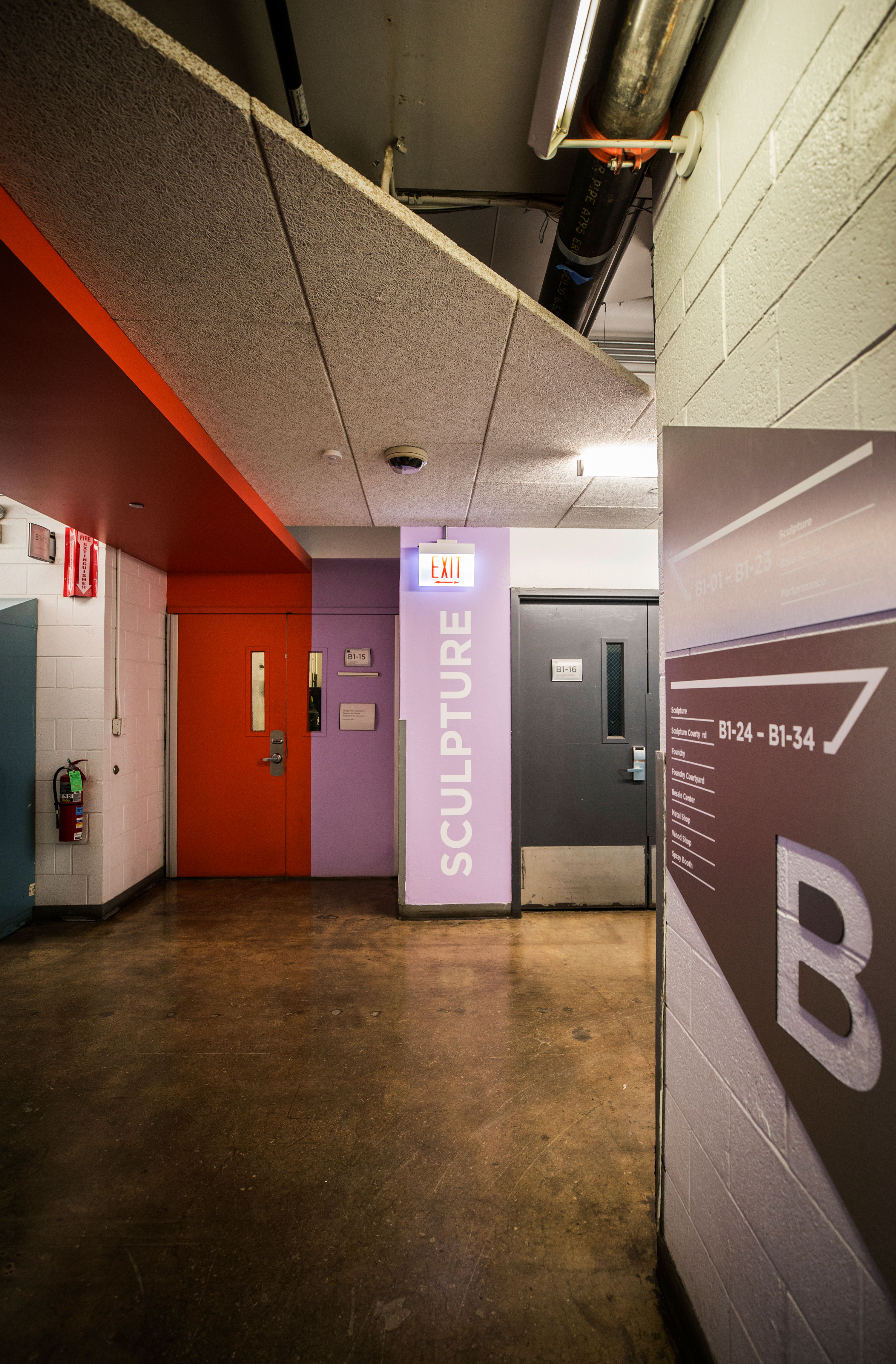 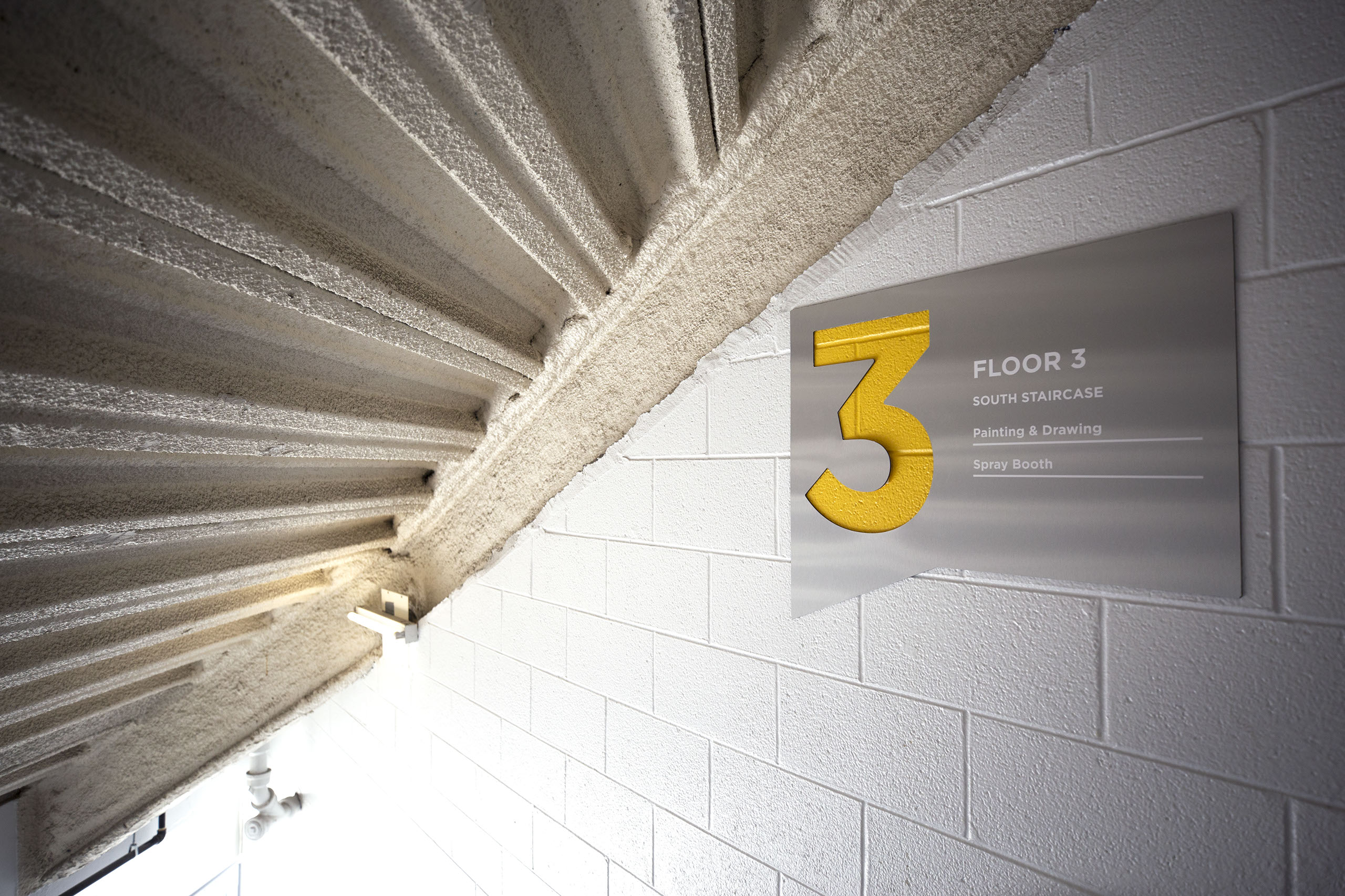